Last weekend I managed to make my next trip and went to see these two places near Utrecht, beginning with Duurstede. The nearest train station is at Culemborg, which is on a side-track for slow trains from Utrecht to Tiel, or another one from Arnhem, but that was fine as I like cycling to my final destinations. On the way, you have to cross a small river, the Lek, or take the long cycling route directly from Utrecht. Of course it’s simpler by car.

Wijk bij Duurstede, as the place is called, is a small town with two little churches very close to each other that we see coming from the road near the river, the Nederrijn (not directly from Utrecht) …

and a very nice, working windmill, which can be visited inside

but the main attraction is surely the castle, which is, oddly enough, rarely accessible to the public. It is usually rented out for events and, in between, it is closed. It is one rare ruin, as most castles are in good conditions and are occupied, or almost disappeared. But this one has one tower intact, another partially intact and walls almost completely ruined but with enough to give one an idea.

However, I was lucky enough to arrive on a day when there was no big event but a nice little concert in the garden, and so the towers were open. It’s completely free to look inside and you can have a feeling of how small feast are catered for. 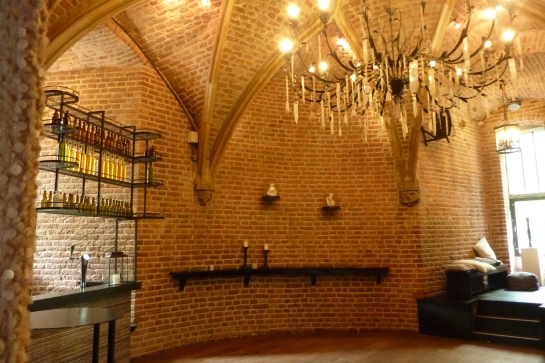 From above, the view is really nice over the restaurant and the moat

the other tower, where I didn’t enter for the small exhibition

and over the town

Here is a song from the concert under the tent, with people enjoying the atmosphere, some snacks and drinks.

After such a pleasant place I rode further to Huis Doorn, which was the last dwelling place of the German Kaiser in the Netherlands after WWI. The entrance is next to the road, can’t be mistaken 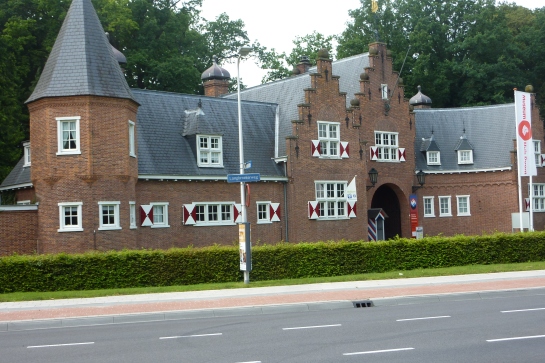 and the park around the house is really huge, complete with an Orangery and various romantic routes. The house, however, is a real let-down, not only because of its puritanic structure, which soon reveals that, other than the front side, it is nothing special at all. 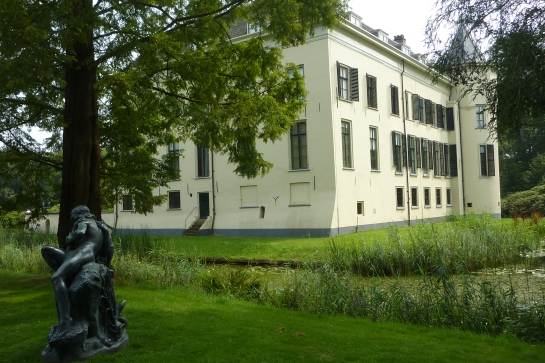 The real disappointment is that, for the orbital price of €12, one could only see a few rooms furnished as in the few years of the Kaiser’s stay, relics of the emperor and practically nothing else. I decided not to enter but have a drink in the restaurant. Still, a nice day.

If somebody cycles this far, the nearest railway station is at Driebergen/Zeist, which means that the route can be pedalled through backwards starting there.